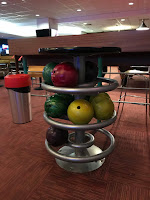 While most 26-year-olds might be planning their route around the bars of Newcastle of a Friday evening, there are few things I like more than a wholesome round of bowling. Having been raised in Scarborough, I think it reminds me of the arcade atmosphere of the seaside and takes me back to my youth. There is something joyous in the repeated sounds of the ball gliding down the lane, the cartoons on the screen and the rattle of the pins falling. 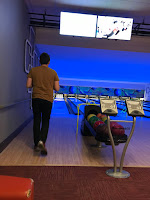 So it was that on Friday, after many weeks of persuasion, I managed to get some friends to agree to bowling. We decided on the Eldon Square Leisure Centre bowling alley, as somewhere central and modern, with the intention of then heading to Stack, the city's shipping container village of bars and street food. On arrival, we were pleasantly surprised by the modern feel of the place and the cheap bar; I bought two beers for £7.50. We were able to book the lane for an hour and a half for £37.50, which actually allowed us three games between four of us (although the final round was a rush!) It turned out we were all fairly evenly matched, although the boys took particular pride in hurling the ball with as much power as they possibly could.

The only downfall to this was the sedated atmosphere. Though the bowling alley is smack bang in the centre of town (on the top floor above Eldon Square's food court), there were times while we were there that we were the only customers. It's a shame that more are not utilising this resource, as so many bowling alleys have shut down locally in recent years. 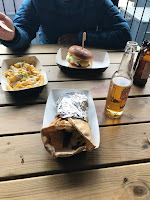 We did indeed head to Stack afterwards, around 9pm, and the atmosphere there was much livelier, with a live band playing and the vast majority of seating areas claimed by weekend revellers. Luckily, we were able to find a bench upstairs under the canopy cover, just in time to seek shelter from the downpour that hit with the arrival of the weekend. As always, I was impressed with Stack's diversity of food options and the lively, positive vibe, with a sea of friendly, relaxed faces all around. I can't help but think that this is one of the most fantastic additions to the toon in recent years, even if it is a little pricier than you will find elsewhere. Overall a very successful Friday night, with not a club in sight (exactly the way I like it). 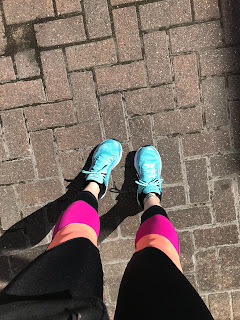 Running Around The Toon 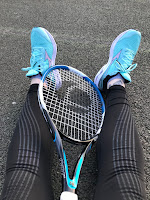